For the last few weeks, I’ve posted an abnormally large amount of promo posts. Whether they were book blitzes or author spotlights, I mainly posted them because they were easy to create – most of the time, I was given everything that needed to be included in the posts and I wanted post something. I didn’t want to leave the blog totally empty for who knew how long. But while promo posts are easy to create when you need posts, they can also be a bore for your readers. I honestly don’t like don’t like promo posts that much. I know, I know, it sounds really hypocritical, but it’s true. Especially when it’s for a really popular book or author, then a whole lot of blogs are posting the same thing and it just gets boring. When I visit some of my favorite blogs, I want something new to read, I don’t want to read the same post over and over again on all the blogs I follow.

I mentioned how boring they can be because sometimes it seems that everyone is posting the same post, but they can also be boring because of their content. In most promo posts, or in at least the ones I’ve seen so far, the posts definitely wouldn’t win any awards for originality or being interesting. The content of the posts that I’ve seen really just give the title of the book, the synopsis and buy links and that’s basically it. Or maybe they’ll just feature the author and say so and so is blah blah blah. He / she loves blah blah blah. He / she has written these books and has these ones coming out soon. I know I really shouldn’t be that critical on promo posts because they are trying to do the same thing I’m trying to do – promote books and authors, but I just don’t think posting the same post over and over again on so many different blogs is the way to go. Or just posting it on one blog, for that matter. I think we need to think of a new way to do promo posts. Maybe create a twist that makes them more interesting so they can actually do what they were intended to do – promote the book or author it was meant to promote.

What do you think?
Do you like promo posts or do you hate them? 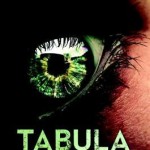