I really want to know what you guys think about repeating past post ideas in new posts. This week is Banned Books Week, and I was going to write up a new “Investigated” books on why the banning of books is so stupid and rant about why it is wrong when I realized I already wrote a post like that… last year, so I didn’t but it made me realize that I probably have duplicate posts out there (if I didn’t check my archive, I would have ranted about banned books… again). So here are some reasons why I want to make you guys read my thoughts on the same topic over and over again.

I personally think this one would be an interesting thing to write about. It would be like me ranting about “professional” movie critics a year ago, and praising them today. I think it would be interesting to see that contrast. But that also brings us to…

Why I was ranting about “pro” movie critics was because they annoyed me on how little “research” they did but yet kept putting the book down along with the movie. Not to mention, when they did mention facts about the books, usually they were incorrect. I got mad reading their reviews about Divergent and getting all the fact wrong. Similarly, fast forward a few months and I’m becoming frustrated with all the nonreader movie critics getting their Maze Runner facts wrong. (Actually, while we’re on the topic of book to movie adaptations, every time one of them comes out, I always feel like I need to write a post on the pros and cons of book movies, even though I already have done so previously.

Okay, so I already wrote a post about this before… But that was so long ago and I need to update my thoughts…

So those “examples” are usually the reasons why I want to repeat / rewrite post topics that I’ve written about before.

Let me know what you guys think in the comments.
When is it okay to repeat previous post topics?
When is it not?
Where do you draw the line? 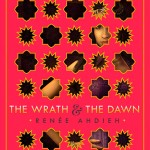 Waiting on Wednesday – The Wrath and the Dawn by Renee Ahdieh
Investigated – How far from reality can books get without going too far?
The Sunday Post – Stacking the Shelves (73)
Back to School Book Blogger Challenge – Day 2
Investigated – How often do you read?

12 responses to “Thoughtful Thursday – Do you repeat past post ideas?”