Anyways… I have a few problems with shipping characters (no, the postage fee is not too high, that’s not it). How do you pick the characters you want to ship? Do you pick right away? Do you want until the end of the book? Choose somewhere in the middle? I would like to think I wait before starting to ship characters together. But that’s not always true. There are times when I can’t even get to the middle of a book before I have discovered my OTP (One True Pairing). This causes a lot of problems because in a lot of cases the character the main character ends up with is introduced or plays a bigger role later in the book. And my OTP is then left in shatters.

That’s actually the reason why I try to avoid shipping characters. Well, at least characters that probably aren’t going to end up with each other whether I like it or not. Sigh. The ships in a book can actually make or break my opinion of it. How sad is that? I’m basing my opinion of a book on whether or not my OTPs make it through. Okay, to be fair usually they do. And even if they don’t I can always change my mind… right?

If I’m being honest shipping is what really ruined The Hunger Games for me. I’ve always liked Katniss with Gale more than with Peeta. Peeta just seemed too… needy (and clingy). I don’t know. I felt The Hunger Games was pretty good until it was obvious she wasn’t going to end up with Gale. And then it just became okay (please don’t kill me). I think it had something to do with the fact that whenever Katniss and Peeta were together, all I could think about is how it should be Gale and how annoying Peeta was (because he wasn’t Gale). Maybe I’m weird for thinking like that, but whatever.

It’s just the disappointment (and devastation) when my ships don’t make it through that really affects my opinion. That’s probably why I like soulmates so much even if they are unrealistic… they’re soulmates, they have to end up with each other! There is no way my ship will sink; instead it is almost guaranteed to float.

Then there’s the problem with people who don’t agree with your ship(s) and want them to drown in misery. And don’t you dare get me started on the people who insist that their ship is superior. Everyone is allowed their own opinion. Why can’t they accept that? I don’t go around bashing people who ship Katniss and Peeta… And then there’s the fangirls. I’m not even going to bother getting into that. A lot of them take their OTPs way too seriously.

What is your opinion on shipping characters?
Is it good or bad? 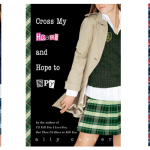 4 responses to “Investigated – The Problems with Shipping Characters”