Wow! It’s been a while since I wrote a book review. I’m a bit rusty, so just bare with me.

*I received this book for free from the author in exchange for an honest review. This in no way influenced my review. 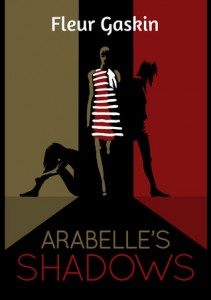 SYNOPSIS: Everything in Arabelle’s life is coming together. She has confidence, great friends, she’s even dating Naak, a wealthy Thai socialite. But there are too many models in Bangkok. Arabelle’s broke, she can’t find an agent in New York, and Naak isn’t as wonderful as he first appears.

Slowly the Shadows creep back into Arabelle’s mind, bringing with them thoughts of hopelessness and despair. The vile Shadows know something Arabelle’s refusing to remember and, if she’s not careful, they’ll use it to destroy her.

Based on a true story, Arabelle’s Shadows takes us on a journey through the struggles of growing up, not quite making it as an international model, and attempting to overcome a crushing depression.

LINKS: Fleur Gaskin’s Website | Amazon | Barnes & Noble
REVIEW: Told through a series of diary entries from the past mixed with the present, Arabelle’s Shadows tells the story of a girl with a strong determination to achieve her dreams, only to be pulled down by her Shadows, the vile voices in her head. It is about a girl named Arabelle (duh, cue eye roll) who is an aspiring international model and apparently dating one of the richest guys in town. However, something sets her apart from the other models trying to find work and a modeling career. No, she is not battling an eating disorder. Instead, she is fighting depression, which was started and amplified by her Shadows, the voices in her head that whisper nasty thoughts. It also doesn’t help that the chance to fulfill her dreams is slipping further and further away.

I had a bit of trouble getting to know Arabelle though. At first she comes across as a little boy crazy and I wanted to shake her and say “you can do better than that”. It wasn’t until a bit later that I started to understand her mindset and where she was coming from. It suddenly made sense why she was acting the way she was. Being depressed is not an easy thing to be. It also isn’t an easy thing to fight. Especially when no one seems to understand. Especially when antidepressants are supposed to make you better, but don’t. Especially when your so called “friends” betray you and take advantage of you. Especially when there are Shadows (or voices) telling you you aren’t good enough and you deserve all the misery and pain you are feeling. Is it really a crime to want to be loved by someone? At the end I just wanted to hug her and tell her she would get through it. That everything would be okay and that she was strong enough, strong enough to keep fighting her vile Shadows.

Overall, reading Arabelle’s Shadows was definitely NOT a chore. The story takes place mainly in Asia (which I love, being Asian and the fact that not a lot of books take place there. Well, not a lot of books I read), but it also travels to Europe, Australia, and New Zealand. I really enjoyed reading it. Sure, it had some flaws, but it was the first book that I had trouble putting down in a while. It was an extremely unique read involving both the modeling industry (which I know next to nothing about) and depression. It gave you a huge insights on both of them. Modeling is definitely not as glamorous as it seems. And for once, you get a model’s perspective of it. Plus, depression is not something to joke about. It is a serious mental disease. And Arabelle’s Shadows is only proof of that. I would definitely recommend you read Arabelle’s Shadows.

RECOMMENDATION: I haven’t read any book quite like Arabelle’s Shadows (I mean that in a good way), so I don’t really know who to recommend it to. 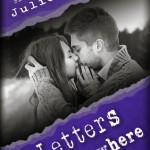 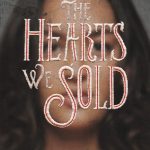 Review – The Hearts We Sold by Emily Lloyd-Jones

Review – The Gravity of Us

Little and Lion – Diversity on Steroids 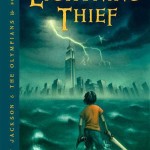 Series in Review – Percy Jackson and the Olympians

The Summer of Us by Cecilia Vinesse