Fan fiction is usually classified as stories written by fans (hence the name), but set in the world of a published book. Fan fiction allows fans to, I guess fantasize about a book and share that story with others. For example, in a book with a love triangle, a fan might disagree who the main character ends up with. However, with fan fiction, the fan can create his or her own story in the world and make the main character end up falling in love with the other person in the triangle. Sometimes, however, fans will use the world, but not the characters. For instance one fan may write a story set in the same world as Divergent, but create their own character. Some popular fan fiction sites are fanfiction.net and Wattpad (note: Wattpad also has original stories).

Reading fan fiction is a good way to continue series that are already completed. Some of the most popular fan fics are “what happens next” stories. Stories that readers want to read, but the original author, the one with all the rights, didn’t write. Fan fiction is also good if you love the world and characters, but wish something in the novel didn’t happen. For example the love triangle situation I mentioned earlier.

No matter how good the writer of the fan fic may be, it is not the real deal. And as all my classmates say “nothing beats the original”. Also usually fan fictions are updated chapter by chapter so there is never a real promise of completion and often there are long waiting times.

What do you think?
Do you read fan fics? 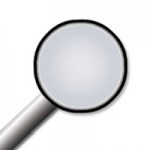